Vegan Street Corn. Nothing screams summer more! Grilled in the husk, this easy, healthy Vegan Street Corn comes with a wholesome twist as it’s topped with Almond Parmesan and tangy Cilantro Lime Avocado Sauce instead of mayonnaise and cotija cheese for a quick, 20 minute vegan side.

The first in this Summer Barbecue Series is this easy grilled corn recipe, my own healthy version of Vegan Street Corn. I top mine with Almond Parmesan, but if you prefer cashews over almonds, you can always substitute for my 4-Ingredient Vegan Parmesan Cheese Recipe. This barbecued vegan corn is so good, I’ve already made it twice this week.

One thing I loved about making this delicious grilled corn recipe is that you don’t have to do anything to prepare your corn. Just throw the ears directly on the grill, husk and all, and in 20 minutes, you’ve got a bang-up side dish to pair with my Grilled Portobello Mushroom Burger with Smoky Chipotle Sauce and my Vegan Potato Salad with Lemon, Dill and Dijon. Or if you prefer vegan hot dogs, go with my Grilled Carrot Dogs 4 Ways. Don’t forget to wash it all down with my Watermelon Agua Fresca and finish it off with these refreshing 5-ingredient Mango Popsicles!

Why Make This Recipe?

Be sure to check out the recipe card below or my recipe for Cilantro Lime Avocado Sauce and 4-Ingredient Vegan Parmesan Cheese Recipe (you can use cashews or almonds for this recipe) for detailed information on how to make these toppings.

How to Make Vegan Street Corn

2. Pulse on high until mixture is fine and crumbly, resembling coarse Parmesan cheese.

4. Add water, ¼ cup at a time and pulse until you reach desired consistency. Should be thick and creamy, but not runny.

5. Fill barbecue with mesquite charcoal or wood chips and light using paper instead of lighter fluid. Once wood is ready, place ears of corn on grill, husk and all.

6. Cook corn directly on grill in the husk. Turn several times during the cooking process to ensure even grilling.

7. Once charred on all sides, remove corn on the cob from grill and place on a platter to cool for 5 minutes before handling.

8. Remove husk from corn cob completely or pull upwards towards the stem as in the picture above.

9. Tie each husk with a piece of string or twine for a more decorative approach.

10. Brush all sides of each ear with melted coconut oil.

11. Sprinkle with Almond Parmesan (I use these blanched almonds) making sure to reach all sides.

12. Finally, drizzle Cilantro Lime Avocado Sauce over grilled corn with a spoon. Garnish with fresh cilantro and lime wedges. Fill serving bowl with remaining sauce and serve it on the side immediately.

How long does this easy grilled corn in the husk take to cook?

Depending upon the heat of your barbecue, grilling corn in the husk usually takes about 20 minutes.

Should I soak corn before grilling it?

How do I reheat grilled vegan corn?

I usually reheat my grilled corn in the microwave. Alternatively, you can wrap in foil and reheat directly on the oven rack or uncovered, on a parchment-lined baking sheet in the oven at 325 degrees Fahrenheit/163 degrees Celsius for 10 minutes. To freshen when it comes out of thr oven, brush with s little coconut oil. It’s recommended that you turn half way through the reheating process. You can also reheat it on the barbecue when cooking other items by placing it in the least hottest place on the grill for the duration of whatever your cooking.

Must I remove the silk from the cob before grilling?

Why should I grill corn in the husk?

Grilling corn in the husk prevents the corn from drying out and gives it a roasted, nutty, char-broiled flavor that’s the perfect compliment to summer.

What to Serve With This Recipe 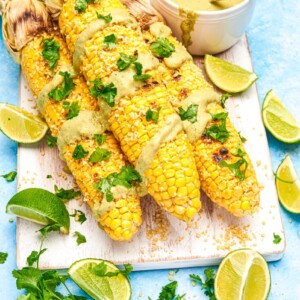 For the Almond Parmesan

For the Almond Parmesan

For the Cilantro-Lime-Avocado Cashew Sauce 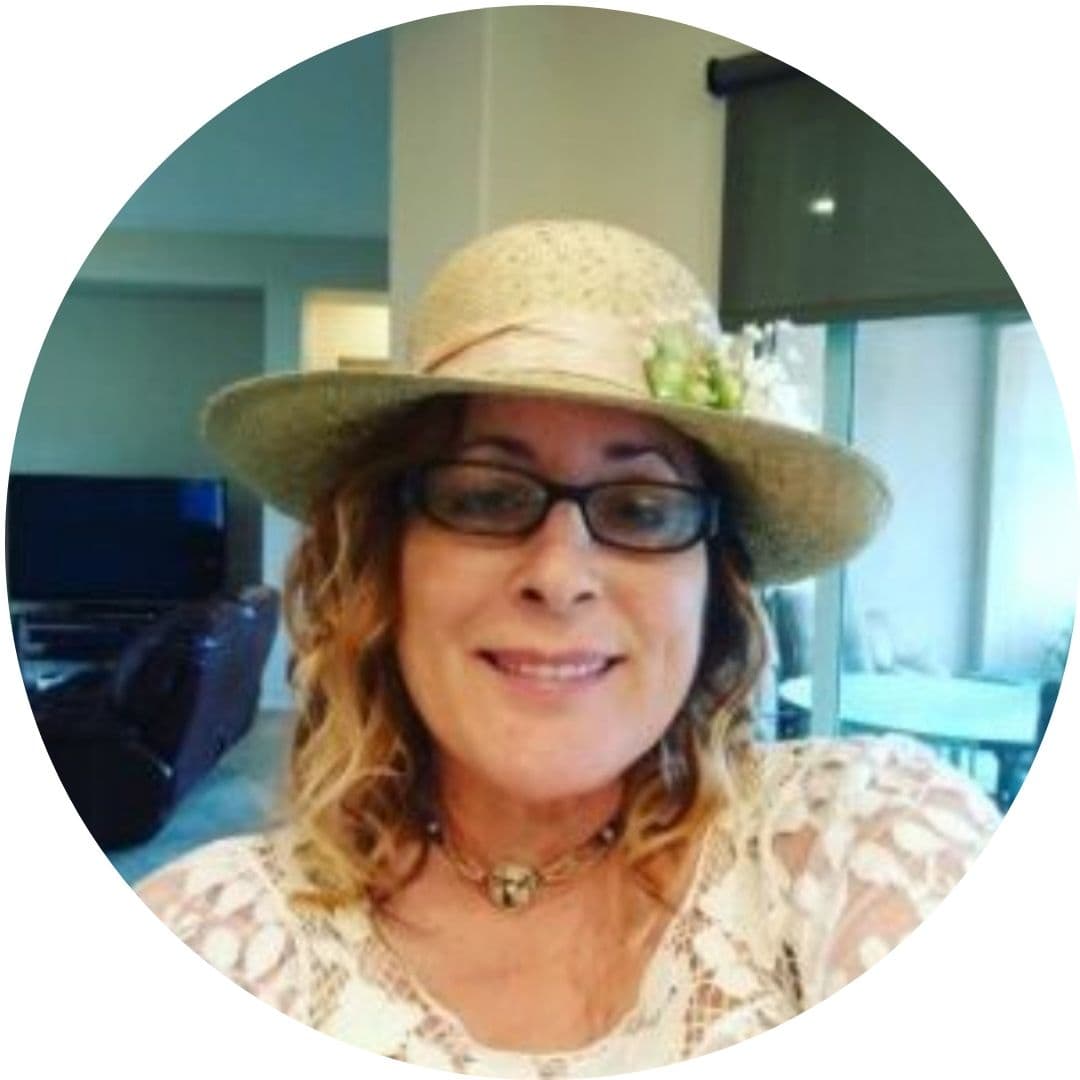 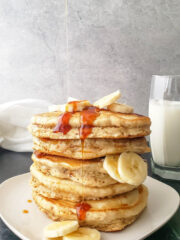 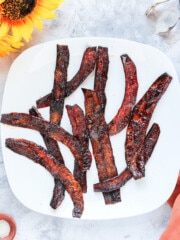 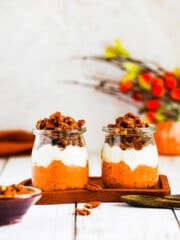 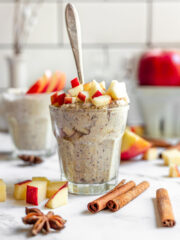 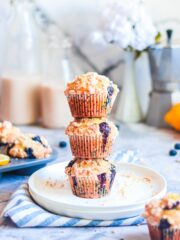 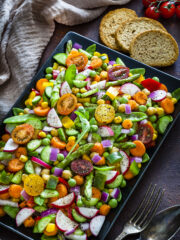 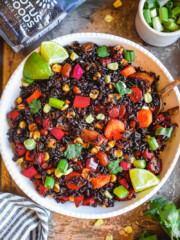 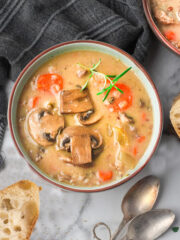 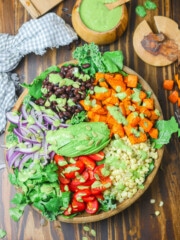 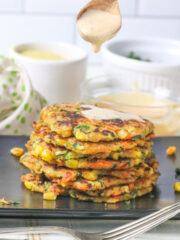 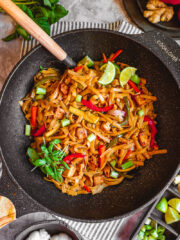 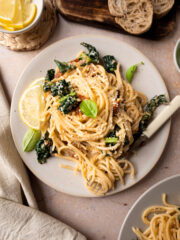 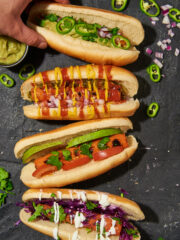 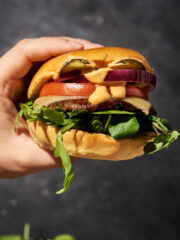 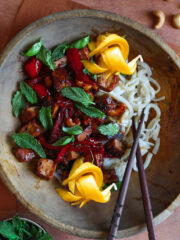 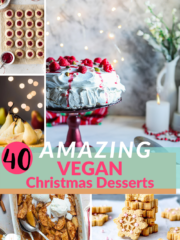 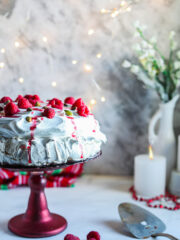 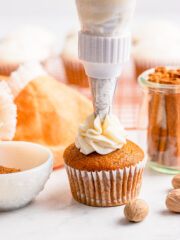 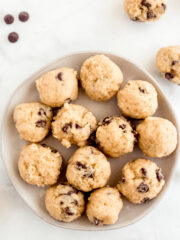 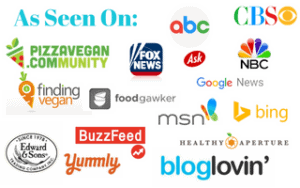